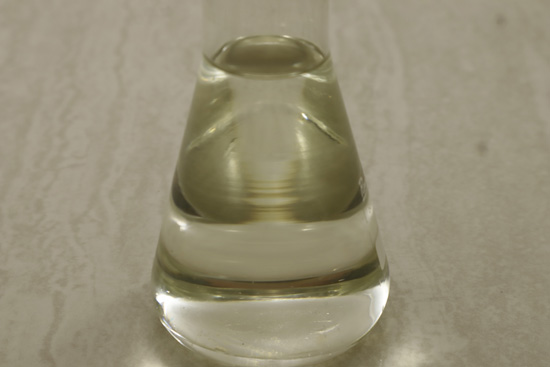 The chemical composition of the oil-resin of copaíba (Copaifera officinalis) is thought to have approximately 72 sesquiterpenes (hydrocarbons) and 28 diterpenes (carboxylic acids), and the oil is composed by 50% of each of these terpenes. Diterpenes are attributed in the majority for therapeutic applications, a scientifically proven fact. Sesquiterpenes are partially responsible for the aroma of the oil-resin and also have antiulcer, antiviral, and anti-rhinovirus properties.

Distillation is a separation process based on the equilibrium between the liquid and gaseous phases of the oil-resin, a homogeneous mixture. The distillation column operates under negative pressure that facilitates the boiling of the oil-resin components at low temperatures, avoiding transforming their bioactive into other substances.

The most volatile phase of condensation stays in the upper plates of the distillation column. It is a colorless substance of pleasant aroma and rich in sesquiterpenes. The Copaiba essential oil is widely used in the perfume industry as an excellent scent fixative, combining its fresh and acrid notes perfectly with essences bearing floral notes.

Due to its emollient, bactericidal, fungicidal, and anti-inflammatory properties, it is widely used to manufacture creams, soaps, shampoos, and hair conditioners. 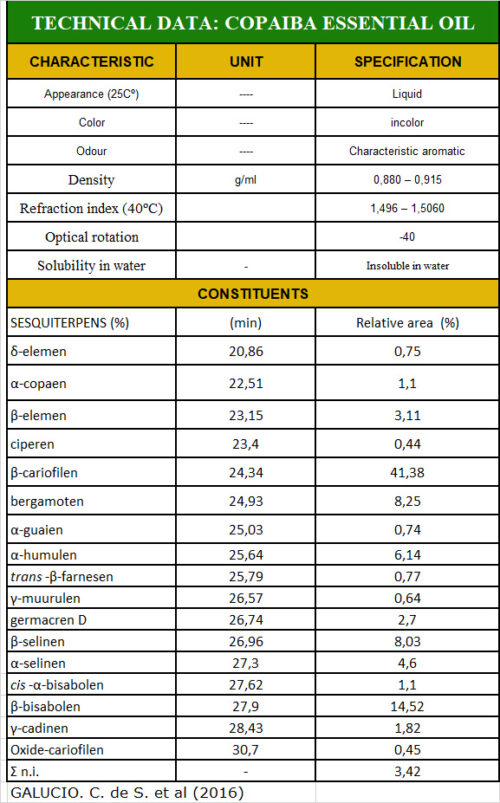 The extraction process of the oil-resin of copaíba (Copaifera officinalis) is still rudimentary. A hole is drilled into the wood with an auger, 60 or 70 cm from the ground, until to the center of the trunk. The dripping out resin is collected, much in the same manner as harvesting maple syrup. A single copaiba tree can provide about 40 liters of oleoresin annually, making it a sustainable rainforest resource that can be harvested without destroying the tree or the forest in which it grows. When tapped, the initial oily resin is clear, thin, and colorless; it thickens and darkens upon contact with air. Commercially sold copaiba oil resins are a thick, clear liquid, with a color that varies from pale yellow to golden light brown to dark brown.