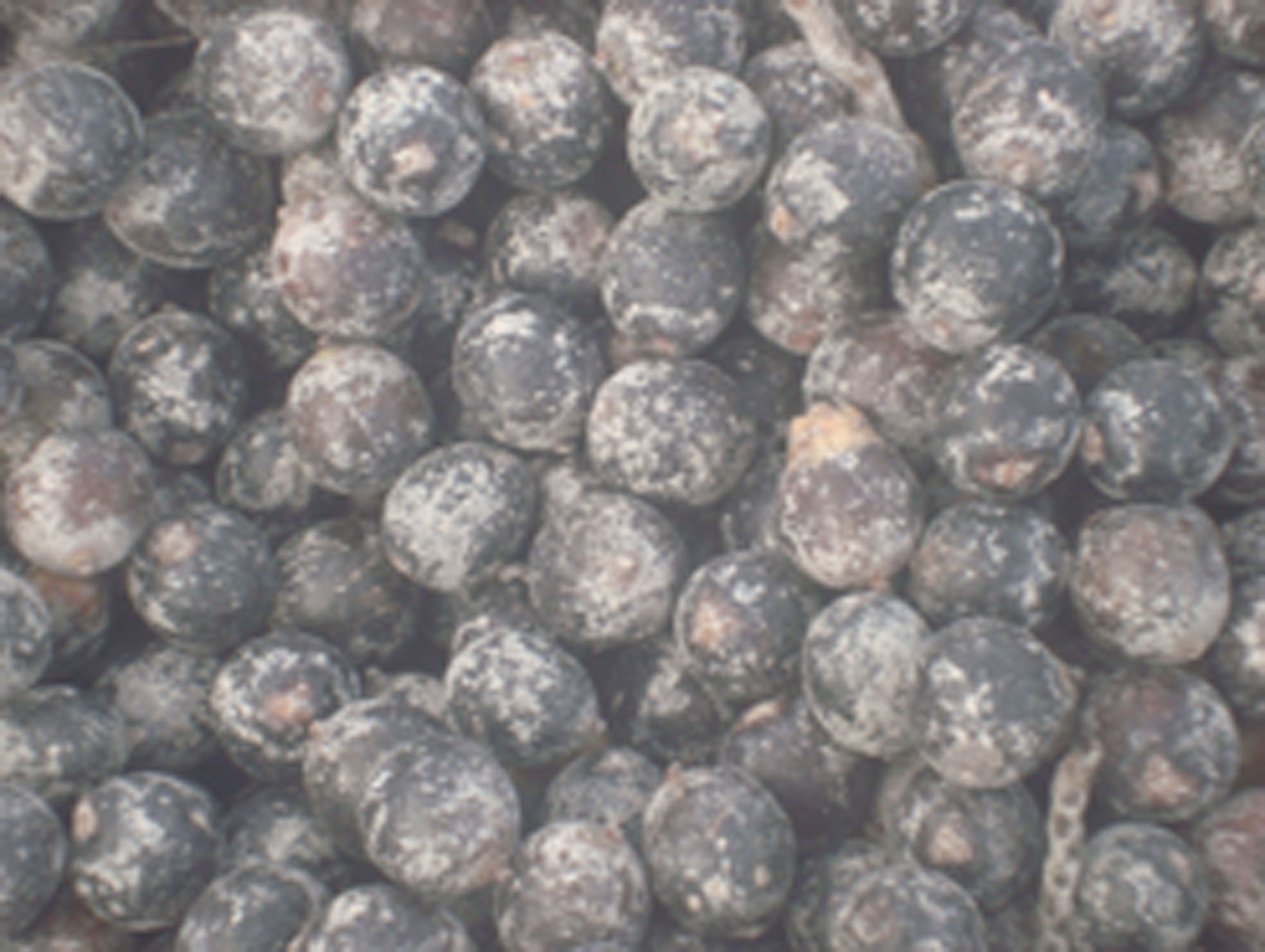 Bacaba oil (Oenocarpus distichus) is greenish and fragrant, with physicochemical properties similar to that of olive oil.

High levels of unsaturated oleic and linoleic fatty acids account for Bacaba oil’s emollient properties, making it suitable for use in skin and hair care products. Traditionally, the oil is used to revitalize the scalp.

Linoleic acid, an essential fatty acid (EFA), is one of the lipid components of the skin, reducing trans-epidermal water loss and preventing the skin from drying out. 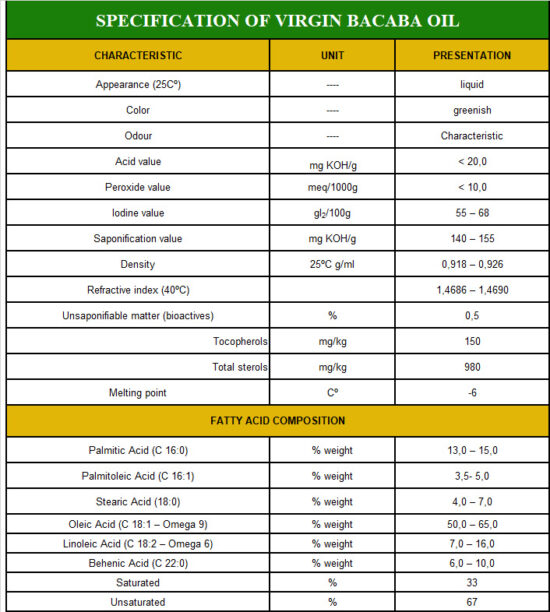 The fruits are consumed as a regional beverage called “wine of Bacaba”, similar to “wine of Açaí”. The pulp is separated from the fruit rubbed with water. The drink is high in calories and much oilier than açaí.

Bacaba pulp yields an oil that can be used in the food and for making soap. Traditional oil extraction involves pounding soaked fruit in a mortar to separate the pulp. The pulp is heated in a pan with water, resulting in the oil rising to the surface, where it is scooped off.

The most well-known Bacaba palm in the state of Pará is the single-trunked Bacaba-of-leque (oenocarpus distichus), which occurs in areas of poor, heavy and non-flooded soils. It can grow in shade but prefers more open areas. Being fire-resistant, it thrives in pastures and secondary forests. In the state of Acre and the Upper Amazon, the multi-trunked Bacabinha (oenocarpus mapora) is more common. The Bacaba palm does not form homogeneous populations like the Açaí palm (Euterpe oleracea) and the Tucuma palm (Astrocaryum vulgare). In the secondary forest, it stands average 20 to 50 palms per hectare.

The fruit of Bacaba consists of 38% mesocarp (from which the oil is extracted) and 62% seed. Young mesocarp contains 25% oil, constituting 10% of the total oil in fresh fruit. Bacaba palms produce 1 to 3 bunches per year, each weighing 20 kg. A conservative estimate puts a single palm oil yield per at 4kg per year.

Bacaba seeds need 2 to 3 months to germinate. The palm is a slow grower and produces fruit from the 6th year. Lack of shade in the first 5 years will impair the palm’s future development. In the state of Pará, the Bacaba palm fruits in the rainy season, from December to April.