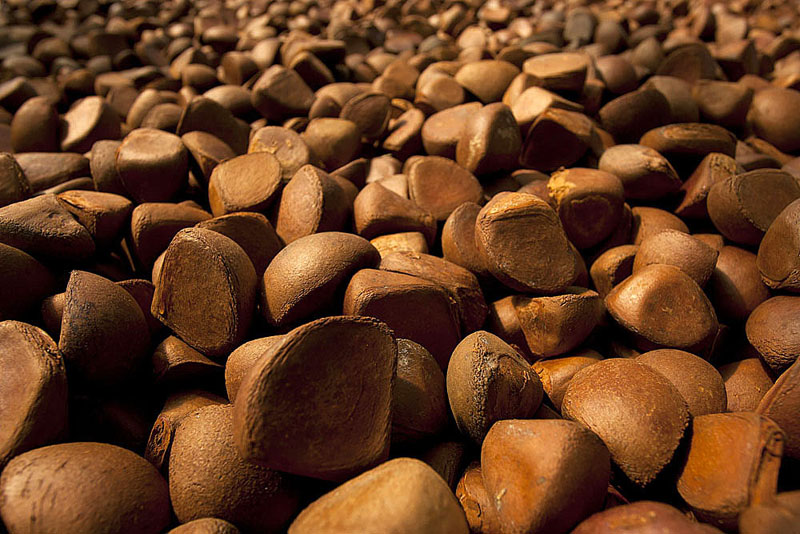 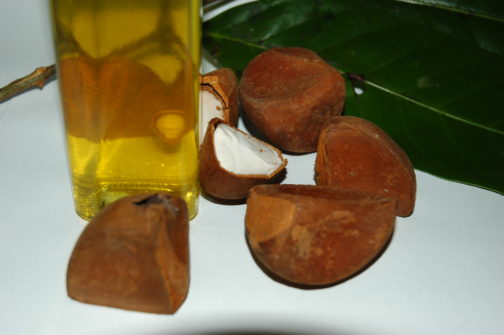 Andiroba oil (Carapas guianensis) is a rich source of essential fatty acids including oleic, palmitic, myristic, and linoleic acids and contains no fatty components such as triterpenes, tannins, and alkaloids isolated as Andirobina and Carapina. This bitterness is attributed to a group of terpene chemicals called meliacins, which are very similar to the bitter antimalarial chemicals. Recently, one of these meliacins called gedunine was documented with an antimalarial effect equal to that of quinine. Chemical analysis of Andiroba oil identified the anti-inflammatory, healing properties that are attributed to the presence of limonoids, named as andirobine . Especially after the patenting of a cream by the French Yves Rocher with moisturizing and anticellulite properties based on andiroba oil has created a boom in search of Andiroba oil in the market for cosmetics.

Andiroba oil is one of the most sold medicinal oils in the Amazon. Mixed with honey and copaiba it is a very popular anti-inflammatory medication to combat throat infections and influenza in general. It also strengthens and embellishes the hair and in the form of soap acts as a magic remedy to combat acne and pimples. Due to its good skin penetration, it is often used in massage to relieve bruises, dislocations, arthritis, and rheumatism and acts also to soothe the skin surface and bleach superficial stains.

It’s a neotropical tree that occurs in southern Central America but also in Colombia, Venezuela, Suriname, French Guiana, Brazil, Peru, Paraguay, and the Caribbean islands. In Brazil, it is found from sea level up to 350 m altitudes, throughout the Amazon basin, both in forests of terra firme and in forest land temporarily flooded, along the rivers and streams and near the mangroves. The seeds float and can be dispersed by currents of watercourses. However, in forest land, most fruits and seeds are found under the mother tree. In the period of dispersal, the seeds are eaten by rodents, armadillos, pigs of the forest, pacas, deer, cotias, etc. The tree is known as andiroba, origins from nhandi (oil) and rob (bitter), belongs to the same family of the mahogany and cedar tree and, because of being resistant to insect attacks highly demanded by sawmills. The andiroba can reach 30 meters in height and fits well to different environments such as flooded areas and terra firm.

A mature tree can produce up to 120 kg of seeds (average 50 kg /tree). The seeds contain 43% fat and to get a liter of oil will be needed 12 kg of seeds by applying rudimentary extractive methods, the mechanical press requires 4 kg of dry seed and through the application of chemical solvents 3 kg of seeds. The performance of extracted oil per Andiroba tree can reach 10 liters, applying rudimentary methods, and up to 30 liters using industrial techniques. Due to its rapid development in the field and the high value of its timber andiroba is indicated to be planted in intercropped and agroforestry systems. Plantations in monoculture are challenged by Hypsipyla grandella, which attacks the terminal bud of the tree and represents the major pest for Meliáceas in the Amazon region, inhibiting further growth. This has consequences when the use of the trees is destined for wood. When the andiroba survives the attack, which is not as intense as with mahogany, the productivity of fruit remains the same.