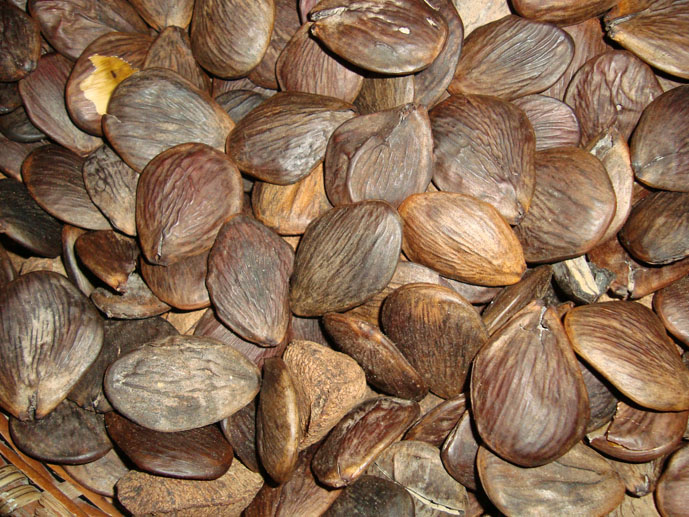 Pracaxi oil (Pentaclethra macroloba) obtains with 19% the highest known concentration of Behenic acid, 6 times higher than that of peanut oil that is extracted and used in the cosmetics industry in products of make-up and hair due to its excellent moisturizing properties.

Pracaxi oil is a unique ingredient with anti-inflammatory, antioxidant, antibacterial, and antifungal properties and used for a variety of dermatological conditions including skin spots, severe acne, treatment of scars, and burns.

The appearance of natural products like pracaxi oil is a new option to replace petrolatum in hair care. The disclosure of active compounds such as pracaxi oil with more than 20% of long-chain fatty acids like the behenic acid (C 22:0) can be transformed into ceramides. Nowadays this presents a great option for hair products which do not want to apply products based on petrolatum. Small small amounts of this oil applied to the hair has the so-called “Cinderella effect,” removing the frizz immediately. 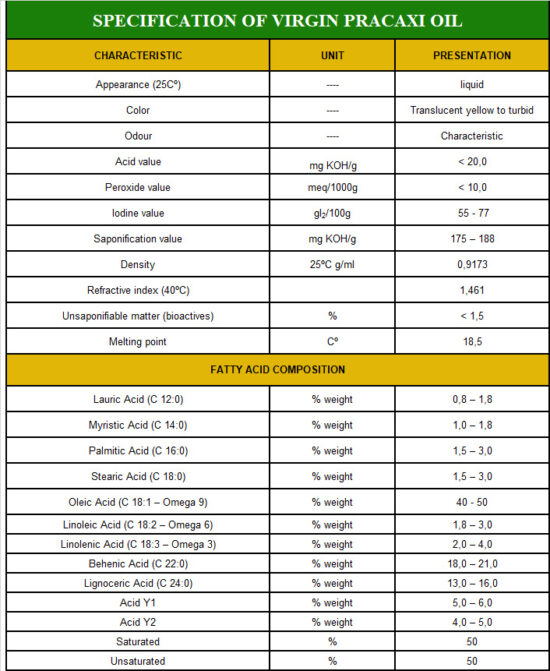 The oil of pracaxi, which is extracted in a rudimentary way through cooking the dry mass and macerating it in a mortar, is popularly used against erysipelas, a skin infection usually caused by bacteria, as well as in the treatment of hair, which leaves it easier to comb and intensifies its brightness, avoiding hair loss. In the city of Belém, its use was common to treat stretch marks in adolescences and pregnant with very satisfactory results. The inhabitants of the Amazon region make use of the stem bark to combat the effects of poison from snake and scorpion bites. For this, the bark is soaked and applied in the form of a plaster on the site of the bite. Today the seeds are collected in rivers, streams, and beaches, sun-dried, and stored for selling.

A plant species which is distributed throughout Northern Brazil, Guyana, Trinidad, and some regions of Central America. The tree is medium in size (8 – 14 m), found in the flooded areas and form half-moon shaped fruit pods with 20 to 25 cm in size containing between 4 to 8 seeds. Approximately 35 pods are needed to obtain one kilo of seeds, which contain approximately 30% of oil on a dry basis. The emergence occurs between 30 to 40 days and the germination rate of seeds is relatively high, its development in the floodplain is fast. On terra firme land tolerates well selective pruning and as nitrogen-fixing pioneer species, it shows great potential for forest regeneration and restoration of degraded areas.